Hubby planted some sunflowers at the end of our veggie garden. The seeds were a Valentine’s Day Gift!! So different and thoughtful. Well the sunflowers are at full height and the blooms are opening. Only the yellow ones are open now, the red ones (shorter) are yet to open. And the photo illustrates just how tall they are. I’m looking up at them to take this photo and am zoomed in a bit on my iPhone. They are about 4 feet taller than me. But OH SO PRETTY!

There are lots of bird sounds coming from the West yard. In the nearly-devastated Kousa dogwood hangs the wren house. The wrens had started a second nesting when the micro-burst hit our property with 80+ MPH winds that knocked down a 50 foot maple. It hit the Kousa dogwood dead center and totally broke all the limbs. Somehow, the wren house was not knocked down and, four days after the storm, the arborists came out and removed the maple. They first pruned the Kousa with a chain saw then carefully pruned the Kousa remnants. I had the bird house in my hands for a while and hung it back up in the tree where it had been, mostly because I had no where else to put it. The next morning, the wrens were in the tree remnants singing and soon the male was bringing the female food while she sat on the eggs. I cannot believe that they did not abandon the nest. These are determined bird parents.

So, the eggs hatched and the parents have been busily feeding the babies in the nest that are becoming more and more noisy as they clamor for food. I am hoping that they are ready to fledge – in fact early tomorrow morning would be a good time. The landscape project is beginning here tomorrow — demolition of the sidewalk that runs right by their nest. I’m sure they won’t be happy with all the activity, but I’m guessing they won’t abandon the nest either.

Here are photos from my viewpoint at the table pondside. 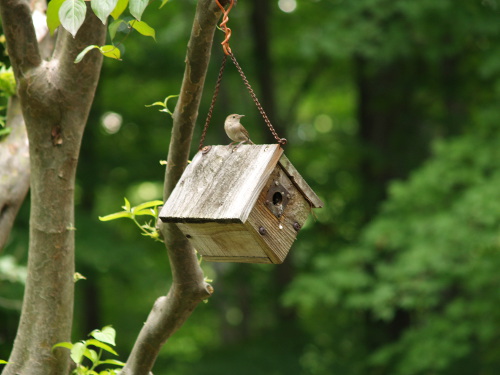 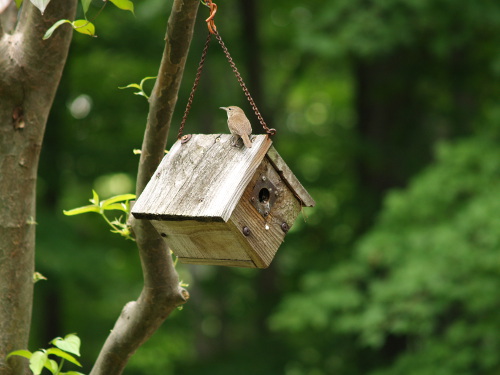 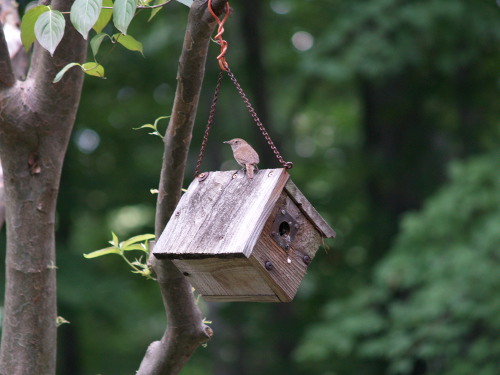 The materials for the front walk and the dumpster arrived on Thursday, July 30. Demolition of our outdoor landscape is supposed to begin on Monday, so I’m calling this Day-4 of construction. 15 yards of sand, two pallets of portland cement, 2 of concrete blocks, and 3 of granite and that’s only for the front steps, sidewalk, and front door step. Wowza!
Hubby is supervising and I’m up on the deck and in the kitchen taking photos. 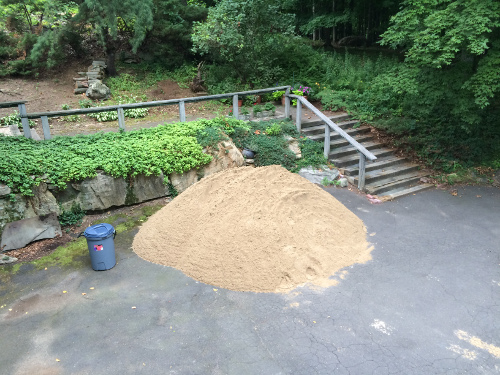 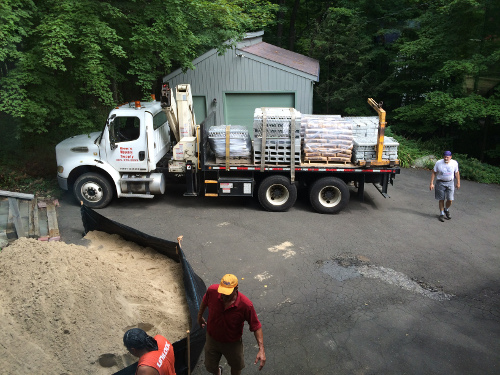 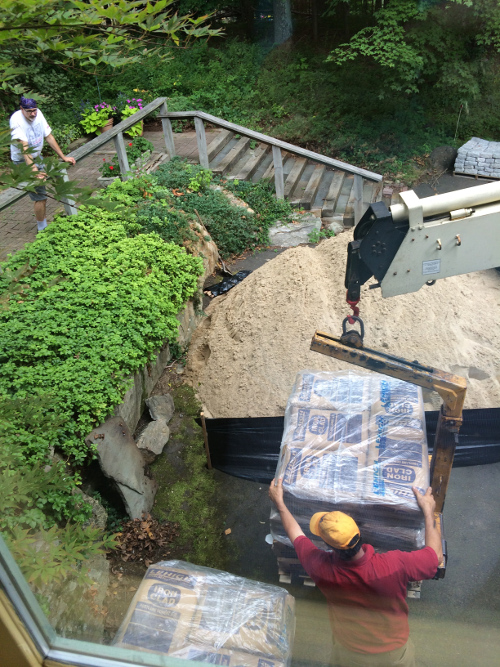